Featuring the Verdi Festival in Parma, Sicily’s Teatro Massimo in Palermo and Catania/Taormina. The Vancouver Opera Guild invites you to join its exciting tour to Northern Italy and Sicily including one night in Milan, five nights in Parma with excursions to Cremona, Busseto and Bologna, three nights in Catania, an excursion to the Temple Valley in Agrigento and three nights in Sicily’s capital Palermo. Four opera performances are included plus a night of Italian Opera Arias in Taormina. There is also an optional extension to Milan with an opera performance at La Scala.

Thu. Oct. 13:Milan – Cremona - Parma
Bus transfer to Parma with a stop in Cremona, a small city in the Lombardy region, famous for its production of high quality violins. Visit a violin maker’s shop and tour the Violin Museum dedicated to master violin maker Stradivarius of Cremona. Accommodation in Parma for five nights at the 4-star SINA Hotel Maria Luigia, a short walk from the Teatro Regio. 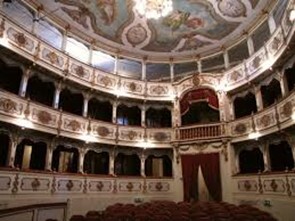 8:00 p.m. performance of Verdi’s Simon Boccanegra at the Teatro Regio in Parma.

Sun. Oct. 16:Parma
The day is free to visit such attractions as the Duomo di Parma, a stunning example of Romanesque architecture and the octagonal Baptistery made of pink marble from Verona.5:00 p.m. performance of Verdi’s La Forza del Destino at the Teatro Regio.

Mon. Oct. 17:Parma - Bologna - Parma
Today we visit Bologna, the lively, historic capital of the Emilia-Romagna region and an old university city.Its Piazza Maggiore is a sprawling plaza lined with arched colonnades, cafés and medieval and Renaissance structures such as City Hall, the Fountain of Neptune and the Basilica di San Petroni.Among the city’s many medieval towers are the two towers, leaning Asinelli and Garisenda. There is a guided tour followed by free time. 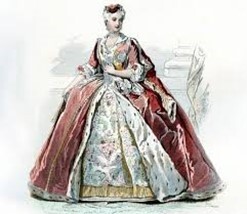 Wed. Oct.19:Catania
Free time to explore the city’s wide boulevards full of baroque buildings. Stroll along Via Etnea Catania’s main promenade-like shopping street and enjoy views of Mt. Etna. This afternoon transfer to Taormina with free time to view the city including the Teatro Antico di Taormina, an ancient Grecan Roman theatre.
8:00 p.m. performance of Italian Opera Arias at the Teatro Nazarena followed by a transfer back to Catania.

Fri. Oct. 21:Catania - Agrigento - Palermo
Leave Catania this morning for Agrigento, a hilltop city on Sicily’s southwest shore. It’s known for the ruins of the ancient city of Akragas in the Valley of the Temples, a vast archaeological site with well-preserved Greek temples. There is a guided tour of the site. Continue to Palermo and three nights at the 5* Grand Hotel Wagner. 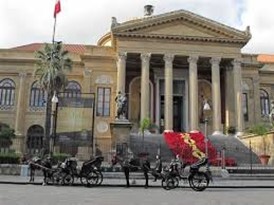 Sat. Oct. 22:Palermo
Palermo is the capital of the Italian island of Sicily and today’s excursion shows us the 12th-century Palermo Cathedral which houses royal tombs and the typical Ballaro street market. Continue to Monreale with panoramic views of the Conca d’Oro and view the fine mosaics in the town’s great Norman Cathedral.

Sun. Oct. 23:Palermo
Free day to explore on our own.
8:00 p.m. performance of Verdi’s Nabucco at Teatro Massimo.

RESERVATIONS
A non-refundable deposit of $2,000 per person is required at time of booking and before April 04
A second payment of $2,000 is due by July 05
The balance is due before August 31

CANCELLATIONS
All payments are non-refundable unless space can be resold.

PRICES
Prices quoted are in Canadian dollars based on a full tour, and airfares and foreign exchange rates in effect at time of printing (March 2022).We reserve the right to adjust the tour cost if there are exceptional price changes beyond our control.

LIMITATION OF LIABILITY
This paragraph defines our responsibility with respect to all our tours.Please read it carefully.Payment of deposit represents an acceptance by purchaser of the following terms and conditions.Great Expeditions (its owners, outfitters, agents and employees) gives notice that all arrangements for accommodation, transportation and/or, all related travel services, have been made by Great Expeditions only as agent, upon the express condition that Great Expeditions shall not be liable for any injury, damage, delay, mishap, inconvenience or irregularity occasioned through the default of any company or individual engaged in providing the arranged accommodation.Great Expeditions cannot be responsible for negligent conduct or financial irresponsibility of these suppliers, since they maintain no control over them.Such passenger conveyance, hotel accommodation, etc. is subject to the laws of the state or country where provided.In addition, Great Expeditions assumes no liability resulting directly or indirectly from any of the following causes:acts of God, detention, annoyance, weather, quarantines, strikes, civil disturbance, theft, government regulations, etc. over which it has no control.Great Expeditions reserves the right to substitute hotels and leaders and to alter the itinerary when deemed necessary or advisable.The right is also reserved to cancel any trip prior to departure upon the refund of all payments received which shall release Great Expeditions from any further liability.Great Expeditions reserves the right to decline to accept or retain any person or member of any tour should such person’s actions or general deportment impede the operation of the tour or the rights or welfare or enjoyment of other members of the tour, and it is agreed a refund of the amount recovered from suppliers of unused land services is the limit of Great Expeditions’ responsibility.

CARRIER’S RESPONSIBILITY
No carrier shall have or incur any responsibility or liability to any passenger or for property accompanying passengers, except for its liability as a common carrier.In particular, Great Expeditions advises the customer that any air carrier’s liability may be limited by its tariffs, conditions of carriage and international conventions and agreements.