Featuring Milan and the Teatro alla Scala, the Verdi Festival in Parma, Sicily’s Teatro Massimo in Palermo and Catania. The Vancouver Opera Guild invites you to join its exciting tour to Northern Italy and Sicily including two nights in Milan, five nights in Parma with excursions to Mantua and Bologna, three nights in Sicily’s capital Palermo, an excursion to the Temple Valley in Agrigento and two nights in Catania. Seven opera performances are included plus a night of Italian Opera Arias in Taormina.

Tue. Sept. 22: Milan
Milan is a global capital of fashion and design and a financial hub known for its high-end restaurants and shops.It also boasts exemplary architecture from all periods.Free time today to visit the massive Duomo, a late-Gothic cathedral begun in1386 and enjoy the handsome Galleria Vittorio Emanuele II, an enclosed shopping arcade that borders on the world-famous La Scala.

Wed. Sept. 23: Milan - Parma
Transfer to Parma and accommodation for five nights at the 4-star Starhotels du Parc, situated next to the beautiful Duke’s Park.

Evening performance of Verdi’s I Lombardi alla Prima Crociata at the Teatro Regio. 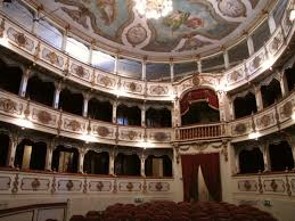 Fri. Sept. 25: Parma
The morning is free to visit such attractions as the Duomo di Parma, a stunning example of Romanesque architecture and the octagonal Baptistery made of pink marble from Verona.

Late afternoon transfer to Busseto and a performance of Verdi’s Rigoletto at the 300 seat Teatro Verdi.

Sat. Sept. 26: Parma - Bologna - Parma
Today we visit Bologna, the lively, historic capital of the Emilia-Romagna region and an old university city.Its Piazza Maggiore is a sprawling plaza lined with arched colonnades, cafés and medieval and Renaissance structures such as City Hall, the Fountain of Neptune and the Basilica di San Petroni.Among the city’s many medieval towers are the two towers, leaning Asinelli and Garisenda.There is a guided tour followed by free time.

This evening a performance of Macbeth at the San Francesco del Prato Church, Parma.

Sun. Sept. 27: Parma - Mantua - Parma
Today’s excursion takes us to Mantua known for the architectural legacy of the Renaissance Gonzaga rulers who built the Ducal Palace.This imposing building houses the Bridal Chamber, decorated with Andrea Mantegna frescoes.The Gonzagas also built the Te Palace, known for the Chamber of the Giants where every surface is painted with mythological scenes. 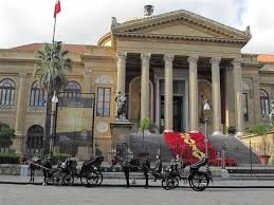 Tue. Sept. 29: Palermo
Palermo is the capital of the Italian island of Sicily and today’s excursion shows us the 12th-century Palermo Cathedral which houses royal tombs, while the huge neoclassical Teatro Massimo is known for its opera performances.Also in the centre are the Palazzo dei Normanni, a royal palace started in the 9th century and the Cappella Palatina with Byzantine mosaics.

Wed. Sept. 30: Palermo
Free day to explore on our own and perhaps to visit the busy markets including the Ballaro street market and the Vucciria, near the port.

Thu. Oct. 1: Palermo - Agrigento - Catania
Leave Palermo this morning for Agrigento, a hilltop city on Sicily’s southwest shore.It’s known for the ruins of the ancient city of Akragas in the Valley of the Temples, a vast archaeological site with well-preserved Greek temples.There is a guided tour of the site.Continue to Catania and two nights at the 4* Hotel Palace Catania. 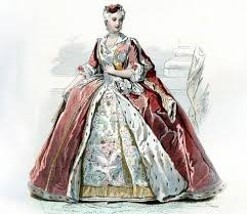 Evening performance of Italian Opera Arias at the Teatro San Giogio followed by a transfer back to Catania.

RESERVATIONS
A non-refundable deposit of $2,700 per person is required at time of booking.
A second payment of $2,000 is due by April 15
The balance is due before July 22

CANCELLATIONS
All payments are non-refundable unless space can be resold.

PRICES
Prices quoted are in Canadian dollars based on a full tour, and airfares and foreign exchange rates in effect at time of printing (January 2020).We reserve the right to adjust the tour cost if there are exceptional price changes beyond our control.


LIMITATION OF LIABILITY
This paragraph defines our responsibility with respect to all our tours.Please read it carefully.Payment of deposit represents an acceptance by purchaser of the following terms and conditions.Great Expeditions (its owners, outfitters, agents and employees) gives notice that all arrangements for accommodation, transportation and/or, all related travel services, have been made by Great Expeditions only as agent, upon the express condition that Great Expeditions shall not be liable for any injury, damage, delay, mishap, inconvenience or irregularity occasioned through the default of any company or individual engaged in providing the arranged accommodation.Great Expeditions cannot be responsible for negligent conduct or financial irresponsibility of these suppliers, since they maintain no control over them.Such passenger conveyance, hotel accommodation, etc. is subject to the laws of the state or country where provided.In addition, Great Expeditions assumes no liability resulting directly or indirectly from any of the following causes:acts of God, detention, annoyance, weather, quarantines, strikes, civil disturbance, theft, government regulations, etc. over which it has no control.Great Expeditions reserves the right to substitute hotels and leaders and to alter the itinerary when deemed necessary or advisable.The right is also reserved to cancel any trip prior to departure upon the refund of all payments received which shall release Great Expeditions from any further liability.Great Expeditions reserves the right to decline to accept or retain any person or member of any tour should such person’s actions or general deportment impede the operation of the tour or the rights or welfare or enjoyment of other members of the tour, and it is agreed a refund of the amount recovered from suppliers of unused land services is the limit of Great Expeditions’ responsibility.

CARRIER’S RESPONSIBILITY
No carrier shall have or incur any responsibility or liability to any passenger or for property accompanying passengers, except for its liability as a common carrier.In particular, Great Expeditions advises the customer that any air carrier’s liability may be limited by its tariffs, conditions of carriage and international conventions and agreements.